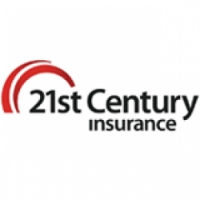 21st Century Insurance is an auto insurance provider that is a subsidiary of Farmers Insurance Group and headquartered in Wilmington, Delaware. The company specializes in auto policies while offering other insurance products through its affiliates. 21st Century is known for its affordable auto premiums and has had stable financial ratings since it was founded. 21st Century offers unique customer discounts and benefits such as its free Roadside Assistance Program and Driving Training Discount Program. However, the company has received negative reviews from customers regarding claims processing and customer support issues. In spite of these reviews, 21st Century may be worth a look for customers who are trying to save as much money as possible on auto insurance.

21st Century offers some common discounts that vary by state including:

21st Century mentions on their website that the discounts listed for each state depend on certain eligibility requirements.

Aside from its standard auto insurance policies, 21st Century works with Farmers Insurance and other partners to provide a wide range of insurance products. The company offers: homeowners, renters, specialty homeowners, mobile home, flood, auto breakdown, power sports vehicle, antique auto, boat, personal umbrella, watercraft, and life insurance through its strategic partners. Auto customers can receive a 10% discount on homeowners policies, and other discounts are available for the other insurance products offered.

The 21st Century website is fairly basic but has several good articles about auto insurance including information on different ways to save money on auto insurance, safe driving tips, and the most frequently asked questions about the company and its products. There are a number of detailed FAQs that cover the particular forms needed for auto insurance filing in each state, FAQs about discounts and more. Insurance forms on the website can be electronically signed with the eSignature program with the exception of 5 states that do not allow electronic signatures.

21st Century has a 24 hour hotline for claims filing, and claims can also be submitted online easily. The company replies to claims within one business day and will send an appraiser to the accident site within 2 to 3 days if an appraiser is needed. Claim status can be checked on the website or by calling their customer support line.

21st Century offers a unique driver training discount where drivers who are under the age of 21 can complete a state driving course and get a 10% discount on liability, medical, personal injury, and collision auto insurance. The state approved course must meet certain criteria including a minimum of 30 hours of classroom based training and 6 hours of behind the wheel experience, training by certified instructors, approval by the State’s Department of Education or other institution, and other requirements.

The Roadside Assistance program is automatically provided to all customers of 21st Century. This is a unique program that usually costs additional money with most other insurance companies. All drivers and passengers in a vehicle are covered by the program, and it provides lock out service, towing, and other roadside services 24 hours a day. Only California customers are required to purchase this coverage separately and customers who already have AAA or OnStar services.

There are many positive customer reviews posted on 21st Century’s website. Other websites have some negative reviews. Positive reviews of the company mentioned satisfaction with the affordable insurance rates offered. Some of the negative reviews claimed that they did not reimburse rental car vehicles after the estimated repair time, difficulties with getting expected claim payments, adding extra fees to policies, and other issues. J.D. Power’s rating of 2 out of 5 for auto claims satisfaction for the company suggest that 21st Century customers received a lower than average experience with claims filing. 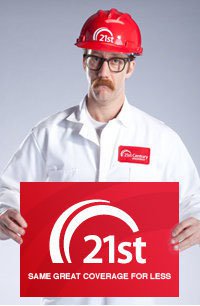 21st Century is not without its customer support issues as demonstrated by the J.D. Power study and from some of the reviews online, but with its discounts and variety of affiliate insurance options it may be a good choice for driver looking to save money. Customers of 21st Century have reported that the rates they offer can be substantially lower than other auto insurance companies. The free Roadside Assistance program and other discounts may be worth potential customer support hiccups. If you are looking for affordable auto insurance now, you can get a quote from 21st Century and other auto providers by entering your zip code on this page.

More in this category: Allstate Auto Insurance Review »
back to top